Below is a statement from Paul Smith correcting Jan Gardner’s misrepresentation that the BOCC is “giving away $160 million.”

Jan Gardner, a candidate for County Executive, is repeatedly makes a false accusation that the current BOCC is “giving away $160 million” of taxpayers’ money to “out of state developers.”  It is a major criticism in her campaign mailers, and she repeats it in debates.  Other pro-Gardner supporters repeat it, too.  On October 12th, the Frederick NewsPost included a lengthy opinion piece by Mindy Hanlon that repeated this misrepresentation.  I wish to correct.  Ms. Hanlon wrote that the current BOCC “is giving away $160 million of future property taxes to residential developers, . . . instead of requiring developers to pay for needed infrastructure.”  This sounds terrible, but it is false and misleading.  It is a misrepresentation that Jan Gardner has been repeatedly made, and it needs to be corrected. 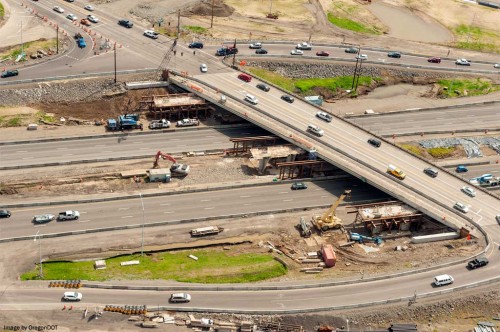 No money is being “given” to the developers—not of future property taxes or any other county funds.  Gardner’s statement is false.  Her misstatement pertains to two “Tax Increment Financing” agreements (TIFs) that the County has approved, and which will fund a needed interchange on I-70 at Meadow Road and the nearly completed interchange on US 340 at Jefferson Tech Park (plus some additional infrastructure there).  The BOCC approved a $25 million TIF for Meadow Road and a $33 million TIF for Jefferson Tech Park.  The total approved TIFs are for $58 million.  The $160 million figure is someone’s estimate of the cost (adding interest) of these TIFs over 30 years, assuming the full amounts are financed.    While $25 million was approved for the Meadow Road TIF, it is anticipated that less than $15 million will be needed—lowering the total, up-front TIF costs to $48 million, and reducing the total with financing by about $30 million.

The payment of this $48 million is to build needed infrastructure.  In the case of Meadow Road, both Frederick County and the City of Frederick badly need the new westbound entrance ramp to I-70 that will be constructed at Meadow Road.  This improvement will be a major benefit to county taxpayers.  We would not be able to obtain this improvement without the TIF.  Similarly, the County will benefit greatly from the new interchange on US 340; it will allow a major commercial and employment center at a location right next to the City of Frederick—in  an “activity center,” which is a perfect location for new jobs, all easily accessible to transit.   The Jefferson Tech Park has been slowly moving forward  for about 20 years, and was moving forward during the years of the Gardner BOCC.  The benefits of both of these TIF-funded projects are very important for County residents, and are well worth the use of TIFs to obtain them.

These projects will be funded from a portion of new tax revenues that would not exist except for the building of the new infrastructure.    Because of the limited duration of the TIFs, after a period of 25-30 years, the increment taxes will then go entirely into the County’s general fund.  In the meantime, the TIFs will bring in new income tax revenues to the County, and the TIFs will fund critical road improvements and provide a major economic boost to the County.

While the benefit of these two TIF projects can be debated, it is false and misleading to label the $48 million infrastructure improvements as “giving away $160 million of future property taxes to residential developers.”

Smith has a long career of helping women with limited means

Yet Another Attack Piece Full of Misstatements
Scroll to top