This is in response to three opinion pieces in Sunday’s Frederick News Post (FNP), supporting the State’s policies to clean the Chesapeake Bay, and one of which specifically criticized me.

I support reasonable measures to clean the Chesapeake Bay.  The problem with Governor O’Malley’s excessive stormwater remediation policies is that

Because of these major flaws, Governor O’Malley’s policies will never clean the Bay, but they will cause serious economic damage to Frederick County.

None of the three opinion pieces in Sunday’s FNP addressed the problems I listed above.  Cleaning the Bay is important, but it must be done in an intelligent, reasonable way. 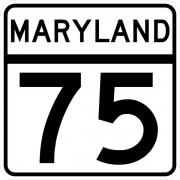 We expect the State to help fund improvements in MD 75.  In its lead editorial in Sunday’s Opinion Section, the FNP editors said that “the state won’t help with” the cost of improvements to MD 75.  But the State has not said this.   The fact that there are not currently funds budgeted for it doesn’t mean the State will not do so later.

In stating that the State “won’t” fund improvements to MD 75,  the editors have repeated the baseless and incorrect opinion statements of the vocal residents who fought against approval of the Monrovia Town Center (MTC) development.   Admittedly, this statement is an opinion, but it is not based upon either facts, history or reason.

In fact, the State has not said that it would not help with the improvement to MD 75.  Anti-MTC people have incorrectly argued that the State won’t fund improvements because MTC is not in a Priority  Funding Area (PFA).   This is an incorrect argument for three reasons.   First, although the MTC is not YET in a PFA,  it is expected to be shortly.   Only after the re-zoning Is completed, can this area become eligible to be a PFA.   Second, state PFA requirements provide that road improvements connecting PFAs are also eligible for state funding.  Thus, even if parts of MD 75 are not in a PFA, we expect State funding to improve it, just as the State has done in improving MD 32. Third, the State funds safety improvements regardless of PFA factors.

Frederick County fully expects to receive state funding to be a major contributor to improvements on MD 75.  However, that can only happen when the County makes MD 75 a high priority on its transportation priorities plan.  The Gardner Board completely removed MD 75 from its priority list, but the current Board has reinstated it as a high priority.

Yet Another Attack Piece Full of Misstatements