Be Glad You’re Not a Rock!

Be Glad You’re Not a Rock! 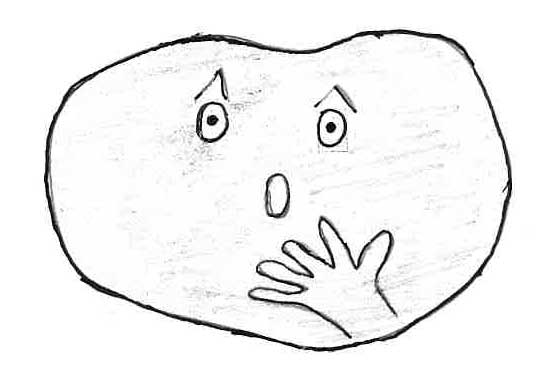 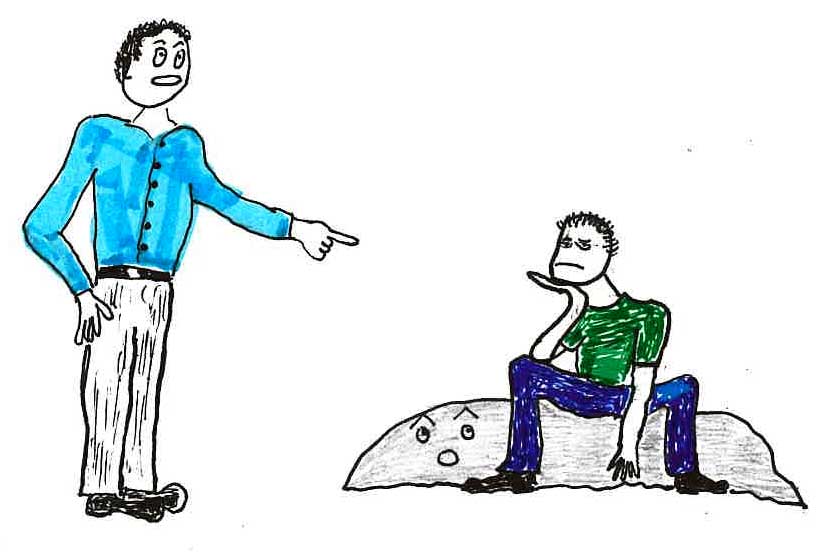 Existence for rocks is really boring.

Rocks appear to be very patient,
But I’m not sure that they are happy.
Bored and boring, perhaps,
But not happy.
That’s because rocks can’t make things happen.
Things can happen to a rock,
But a rock can’t make anything happen to anything. 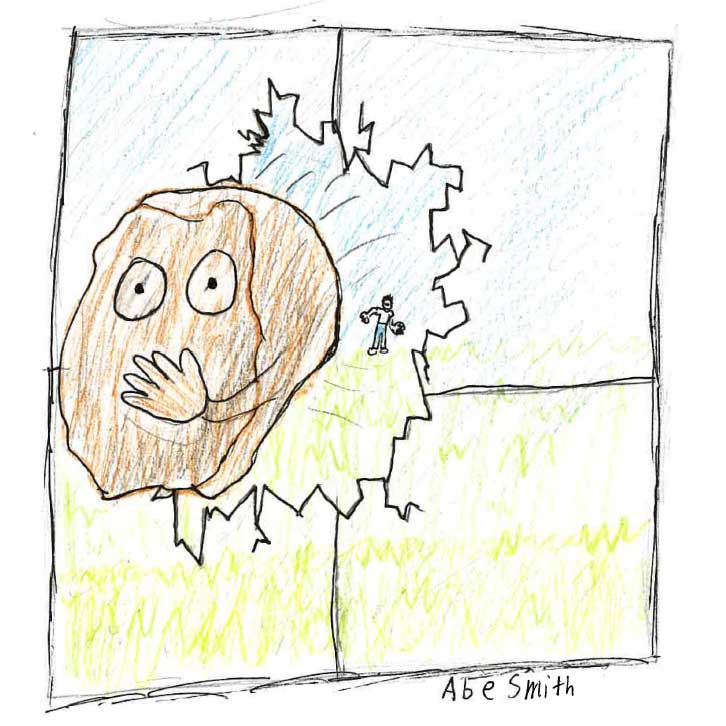 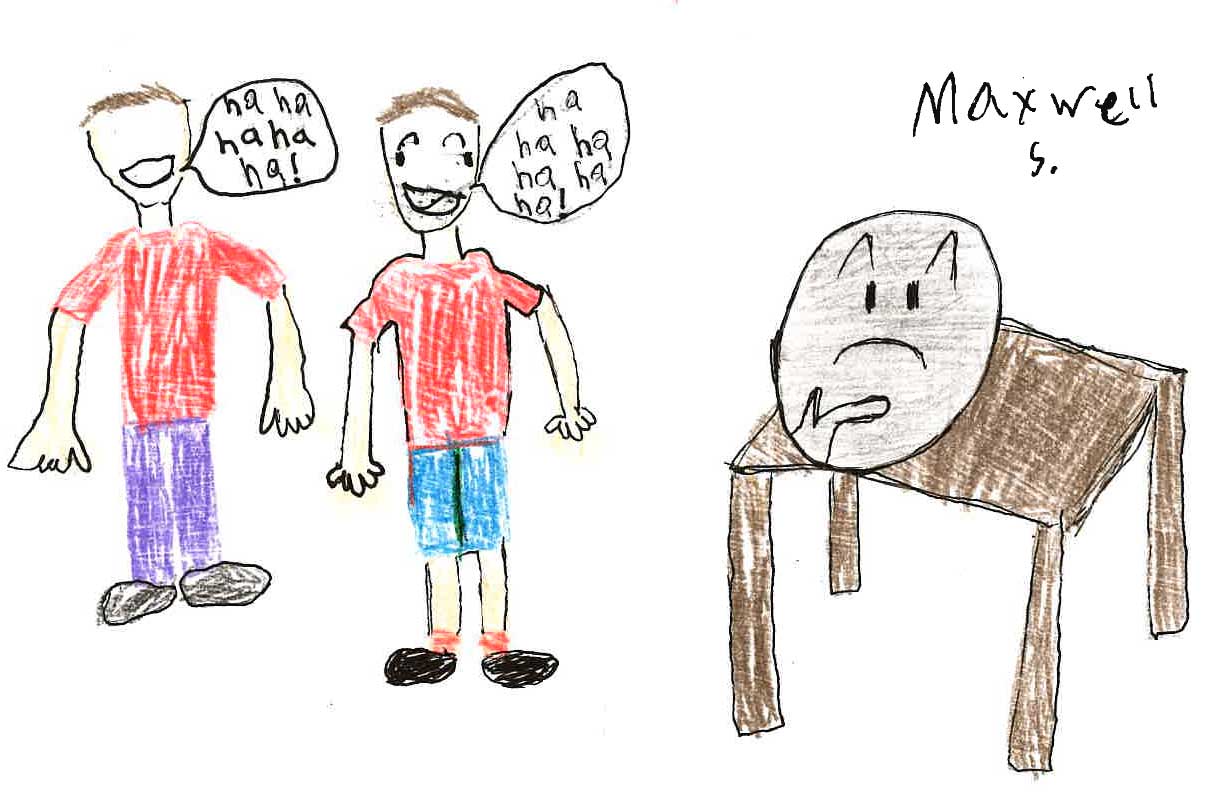 Rocks just can’t help themselves.
And, of course, they can’t help others, either.
Some people like to help others.
One time Michael decided he wanted to help his mom do the dishes.
He even sang a song as he started to work.
But rocks can’t either help of sing.
Come to think of it,
Most rocks really are good for nothing.
They never offer to help.
They never do a good deed.
They never smile.
Not only can’t they tell a joke,
But they can’t even laugh at a good joke that someone tells them.
What good does it do tell a joke to a rock?
A rock will never warn you when you’re in trouble.
But then, again, it never tells on you when you sneak candy from Mom,
But neither does it blame you for what somebody else did. 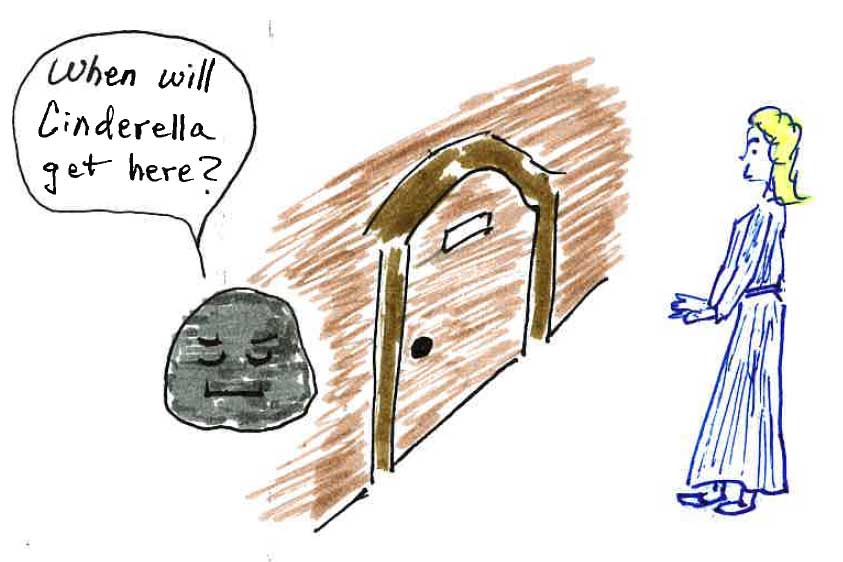 Rocks can’t make things happen;
They don’t know what happened;
And they can’t even ask “What’s happening?”
Rocks can only wait until
Something happens
To them. 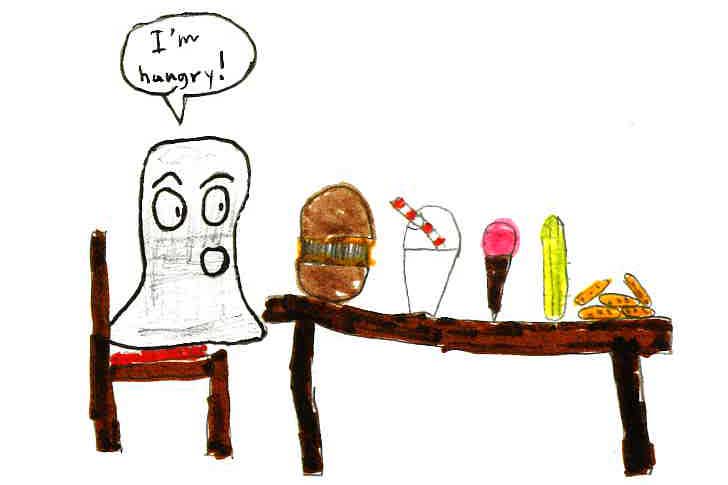 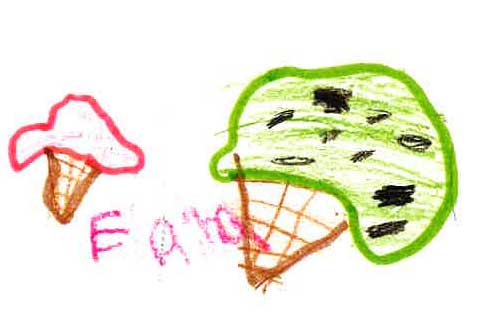 What’s really bad for rocks is
That rocks can’t eat-
Not green beans or hamburgers,
Not com on the cob or cookies,
And certainly not ice cream.
Of course rocks can’t drink either
Not milk or root beer or lemonade,
Not even water,
And certainly not milk shakes.
But of course, even if rocks could drink,
They couldn’t taste what they drank.
It’s not that rocks are tasteless,
They just don’t have the ability to taste. 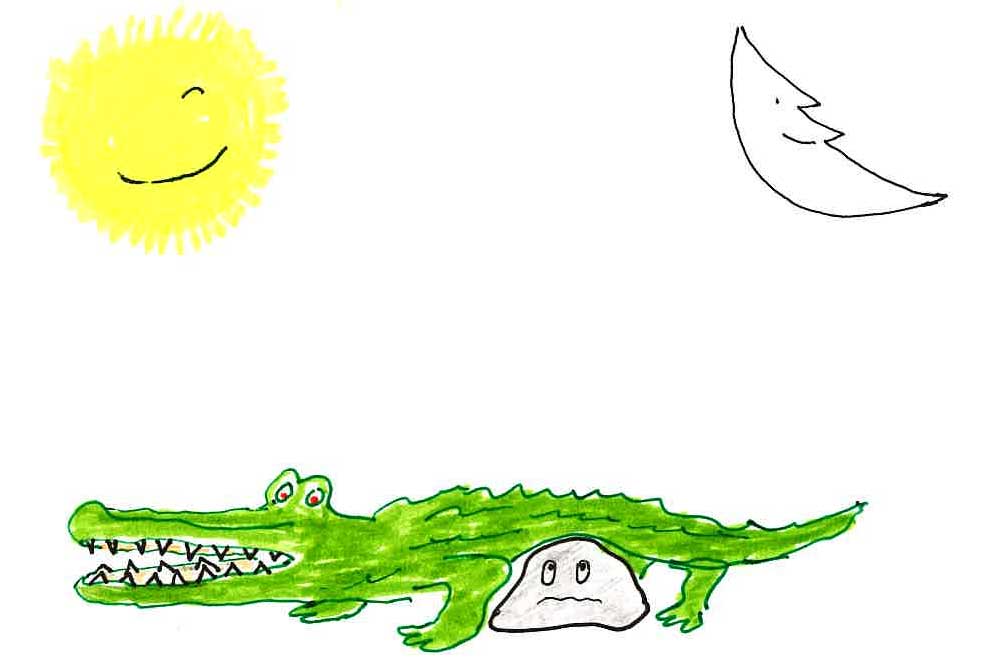 Some rocks are really quite pretty to look at,
But rocks can’t look at anything;
They don’t have eyes, and they can’t see-
They can’t see themselves or other rocks or anything else;
They can’t see the sun or the moon or the stars;
They can’t see the grass or the trees or the streams,
And certainly not the flowers.
Rocks can’t see you or me or anyone else.
You never have to sneak up on rocks
Because they never see anything coming.
Rocks can’t see the birds that fly over them,
The ants and worms that crawl over them,
Nor the squirrels and ground hogs and foxes that run by them.
And if a rock happens to be by a swamp,
It would never see the alligator that slid over it.
And if a rock happens to be in the ocean,
It would never see the dolphins and octopuses and sharks that swim by it.
Rocks get walked on, sat on, spit upon and who knows what else on
By people and birds and things.
And if rocks could talk they’d say
“I never saw it coming.” 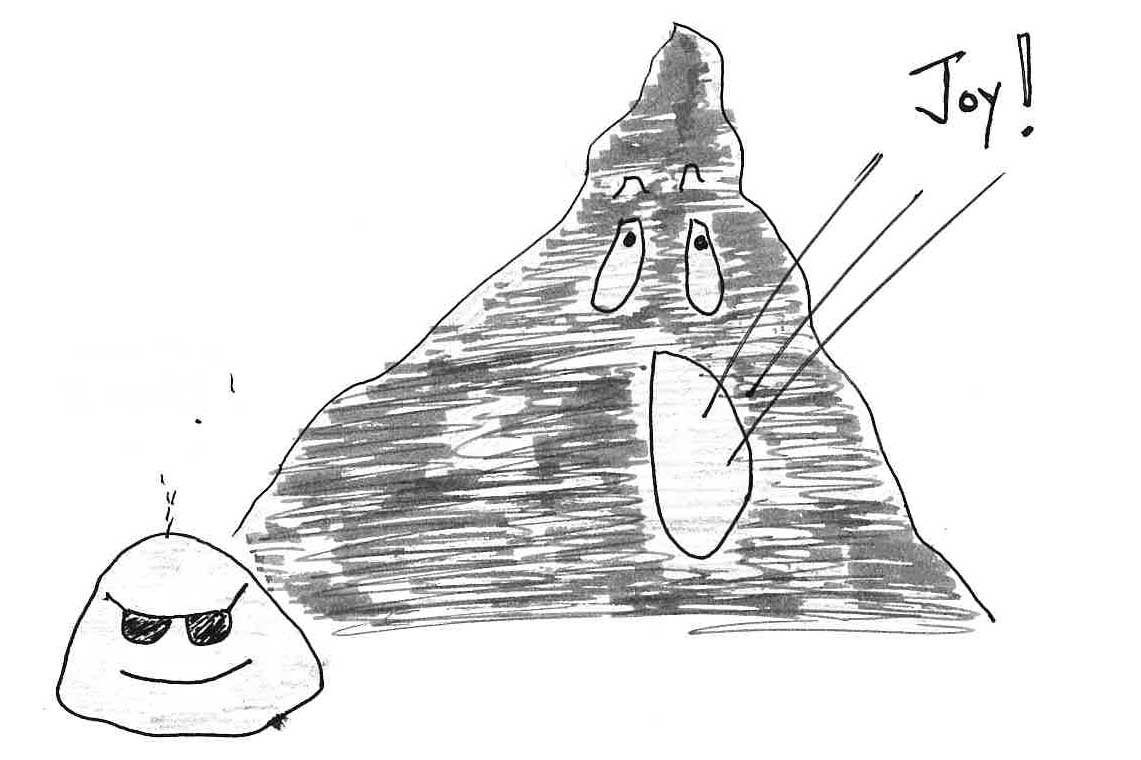 Julie and Christine like to say that
They “rock!”
But that’s a different kind of rock.
No rock ever said that it “rocks.”
And, of course, that’s because
Rocks don’t talk,
I know there’s a scripture somewhere that says
“The mountains shouted for joy.”
But I’ve never heard a mountain, or even one rock on a mountain shout or sing
Or even whisper.
But humans can talk,
And some of them really seem to like to talk.
Some of them just talk and talk and talk.
If all the people who talk a lot
Would tell more jokes when they talk
It wouldn’t be so bad.
I guess sometimes it’s good to have the company
Of a rock that doesn’t talk. 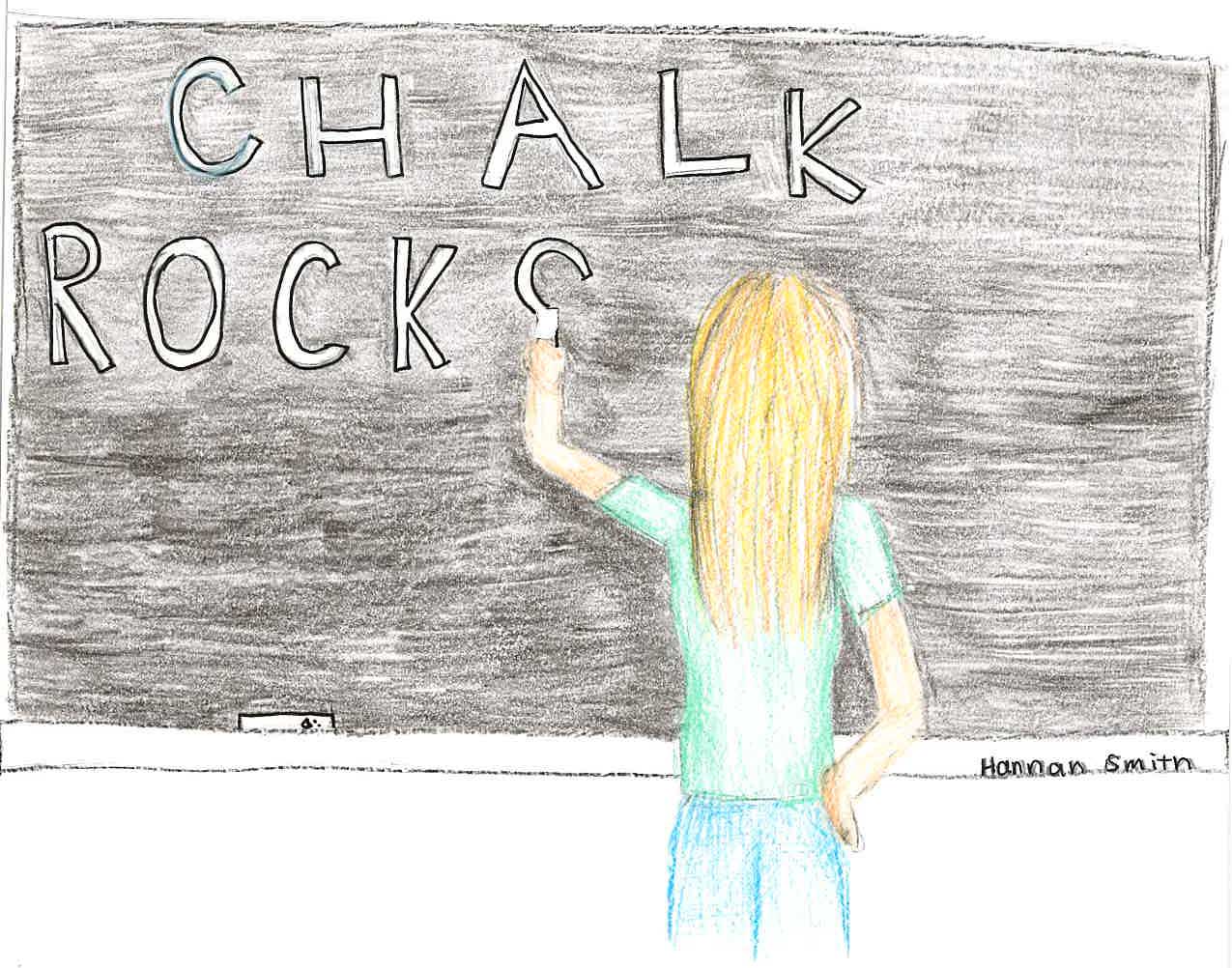 Of course there is one rock that can kind of talk
Or kind of “write,” that is-
Chalk.
But chalk never has an original thought.
It can only write what some one else makes it write.
You can make chalk write,
But chalk can’t make itself write
Because chalk is a rock,
And rocks can’t do anything.
Things get done to rocks,
But rocks don’t do. 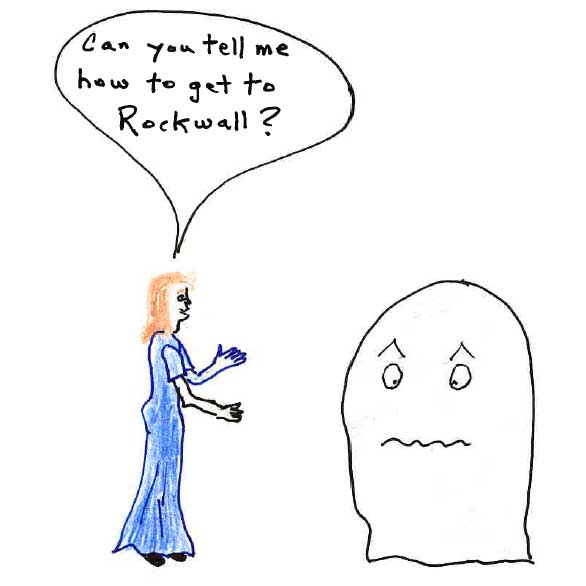 But while its nice to have the companionship of a pretty rock or two,
Still I wouldn’t want to be dumb like a rock.
It’s really good to be able talk sometimes-
Like when you need help or when you’re hungry
Or when a woman wants to ask for directions.
But, again, rocks can’t do that
Because rocks can’t talk.
No rock ever spoke an angry word
Or ever told a lie or cussed.
Of course no rock ever told the truth, either. 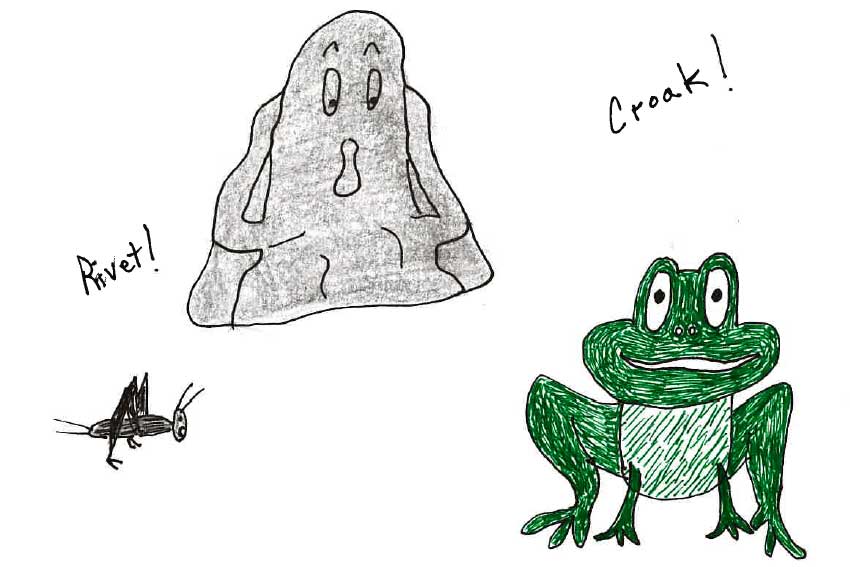 Of course, rocks can’t hear either-
Which means it can’t hear if someone is talking to it.
Therefore you can’t ever have a conversation
With a rock.
I know I’ve met some people who could talk to a rock.
I could give you a couple of names.
But the point is that a rock can’t have a conversation with you
Because it can never hear what you say.
This, too, can sometimes be good.
For example, a rock will never talk back or be disrespectful or mean.
Rocks can’t hear the birds singing,
Or the crickets chirping,
Or the frogs croaking. 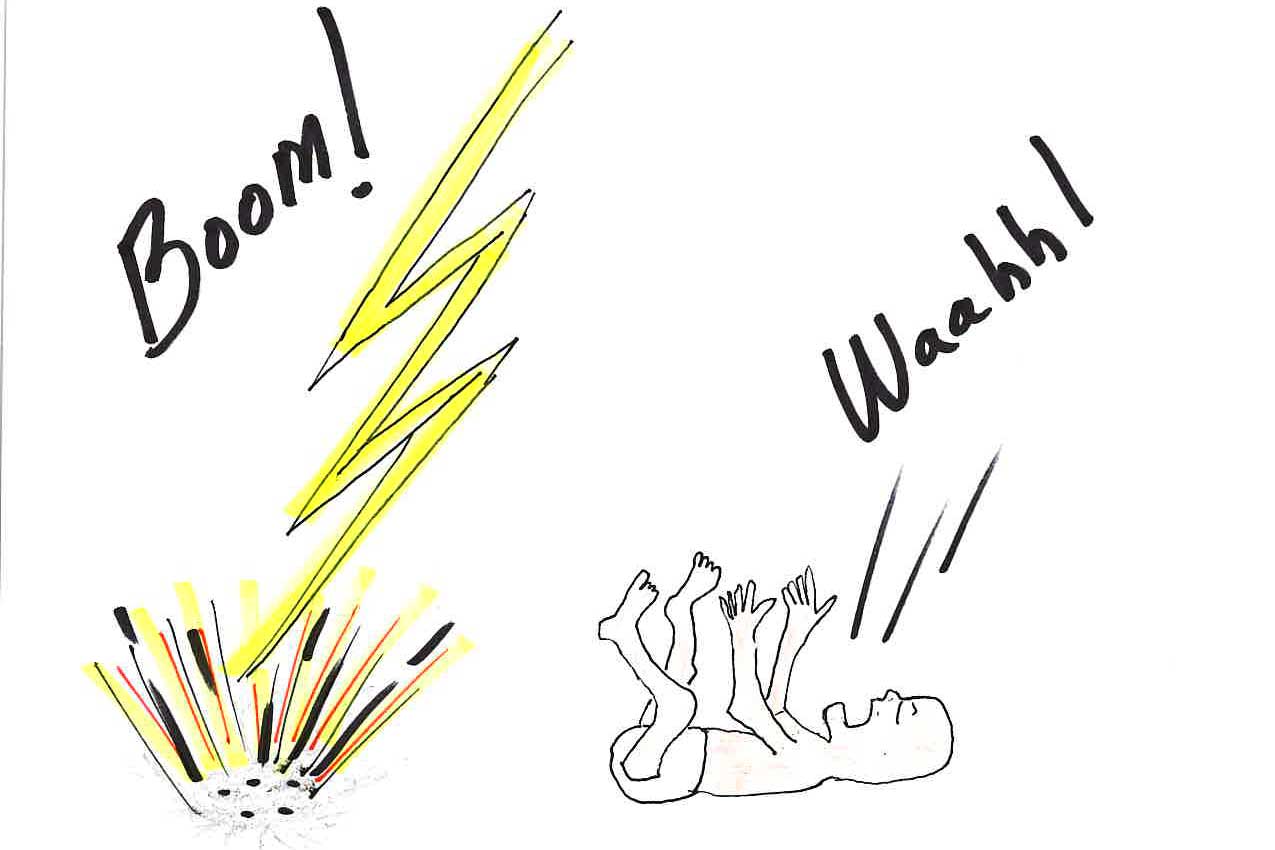 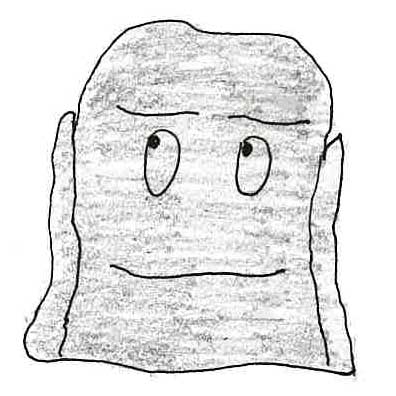 Rocks can’t think either-
At least I’ve never met a rock that told me it could think.
Rocks can’t plan a vacation
Or make up a game
Or even a poem.
I know I’ve never heard a rock tell a joke.
In fact, I don’t think rocks have a sense of humor.
Rocks are really pretty boring-
At least most of the rocks I know.
They can’t think up a song or a tune.
There’s no sense in making rocks go to school
Because rocks can’t learn. 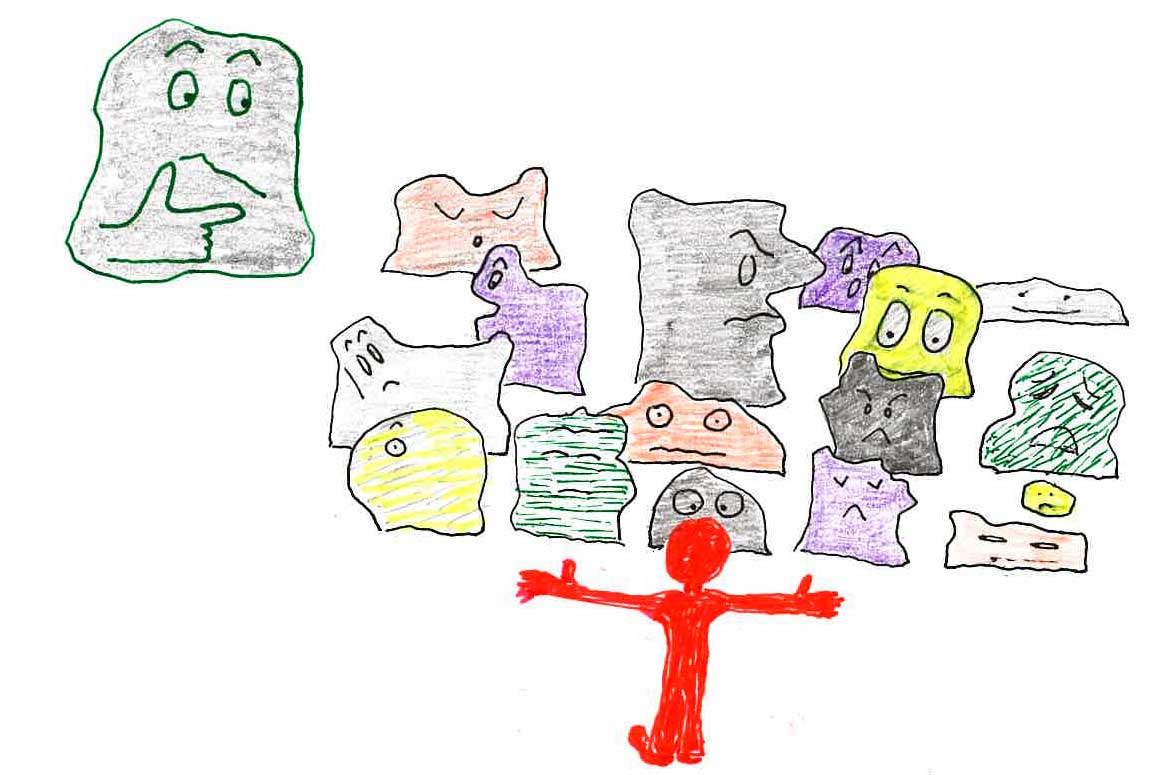 Rocks don’t change either-at least as far as I can tell.
Rocks don’t obey either, and I can prove it-
Just find the nearest rock and tell it to come here.
I guarantee the rock won’t budge-
And maybe that’s partly because it can’t hear,
And partly because it has no brain,
But it’s also because rocks can’t move-
At least rocks can’t move themselves. 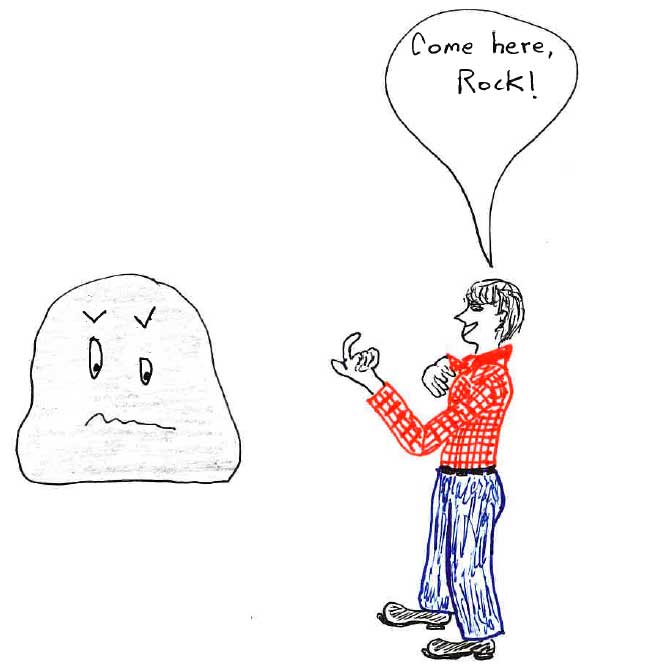 If a rock gets bored, it can’t even yawn-
How bad is that?
Rocks can’t hug, either.
Now, you can hug a rock,
But the rock never hugs back.
And the same for kissing.
You see-rocks just can’t move-
Not to the left or the right,
Not up or down,
And they can’t roll over either.
Now, someone else can throw a rock,
Or roll it, or walk on it,
Or even blow it up with dynamite.
But the rock can’t do any of this to itself. 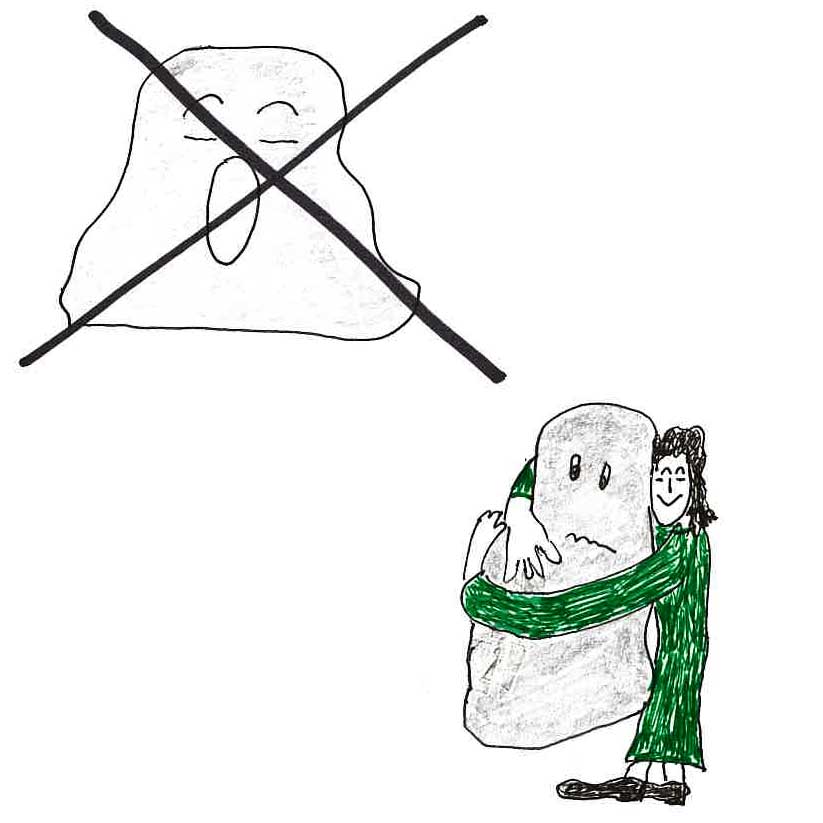 A rock can’t walk across a room or ride a bike.
If a rock had legs, it couldn’t cross them or uncross them.
A rock can’t get out of bed, unless someone else moves it.
I know because I had a rock in my bed one time.
When I got out of bed in the morning it was there.
And when I came back that night it was still there.
It just wouldn’t move-
At least not by itself. Someone else had to move it. 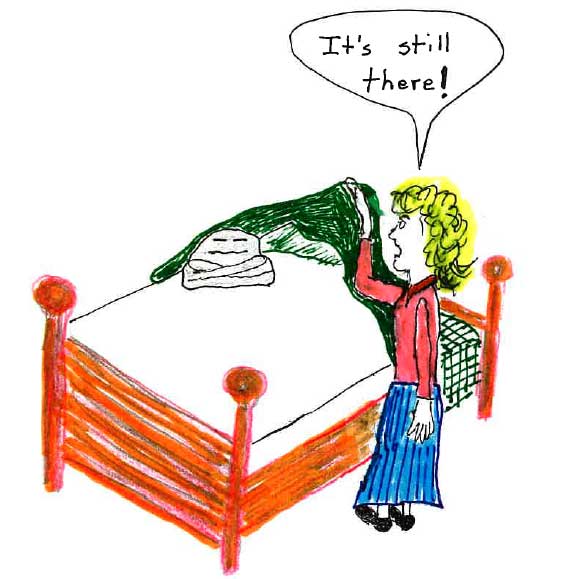 I know rocks can go on trips.
My dad took a lot of rocks with him on trips.
Many times he took lots of rocks all across the United States,
From Nevada to Maryland
And to many points in between.
I could introduce you to many of those rocks.
I don’t know whether they remember those trips;
I think they have long-term and short-term memory deficits.
But nevertheless, rocks can go on trips,
If someone will take them. 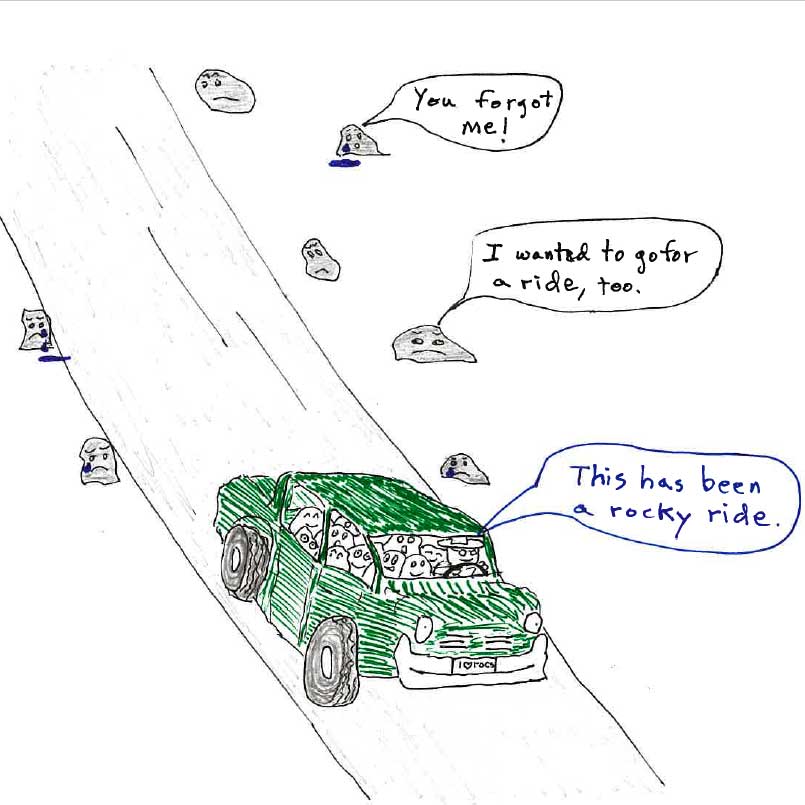 Some say rocks make good pets.
They never run away, although they sometimes get lost.
But there is almost no cost to keep them or feed them or vaccinate them
Or spay an neuter them-
I’m sure that’s why pet rocks were popular in the 70’s.
Rocks actually are very cooperative companions.
As long as you don’t ask them to do something-
That’s where rocks seem to fall short.
While rocks can go on a trip,
They can’t go swimming-
Although some rocks, like pumice, can float.
But there’s a difference between swimming and floating. 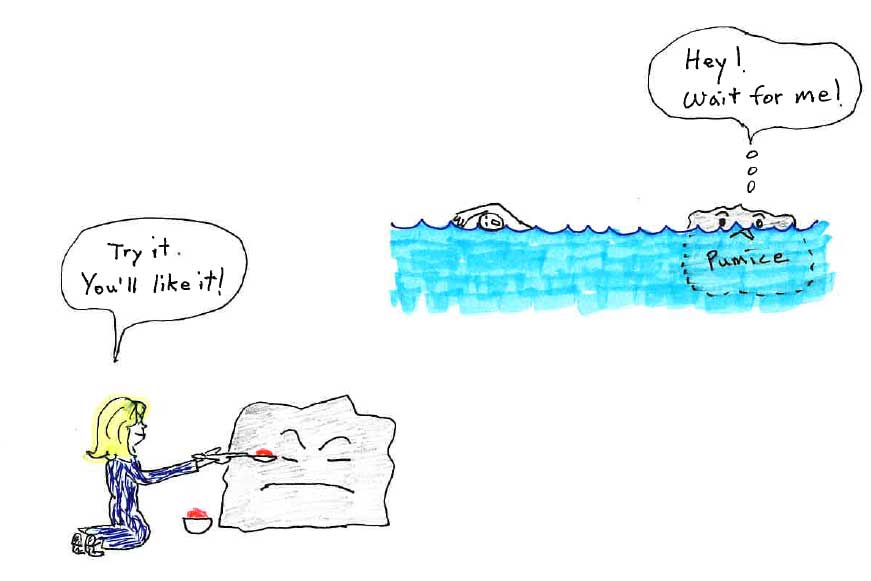 If you invite a rock to come to dinner,
It can’t do it.
Of course, someone else could bring it to the table
And sit it in a chair-
A high chair may work best
If you want to see the rock while everyone is eating.
But the rock can’t eat, even if someone brings it to the table. 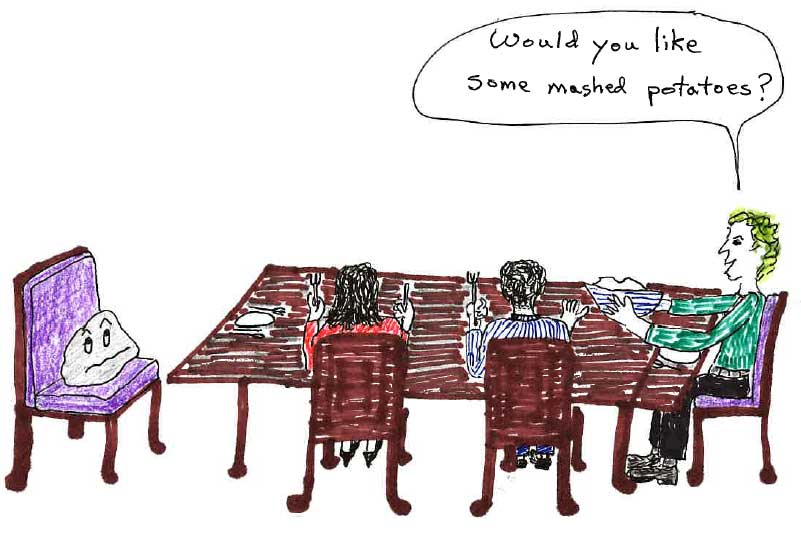 Anyway, as you were saying-
About being bored-
If a rock had feelings
And could hear what you are saying
And could talk,
It would say this:
“You think you’re bored,
You should see what it’s like being a rock.” 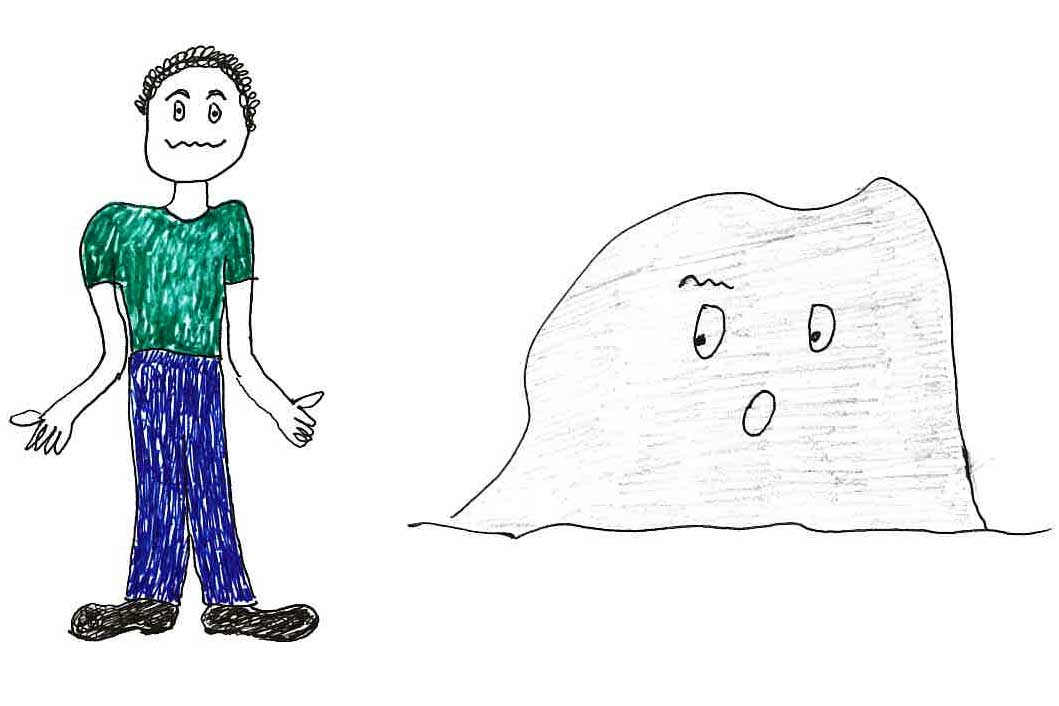